On Letting Ourselves Off the Hook!

Two weeks ago I made a mistake which resulted in my being whisked away in an ambulance. I have been interested to notice how much grief I have been giving myself for contributing to getting myself hurt.


Eric Bergstrom, the wonderful host and producer of the Cox Cable show So Cal Safari was at my home to film the opening scene for his episode on the horse story of San Juan Capistrano. He had wanted to do such a show for a few years, and when he saw my new book, Capistrano Trails celebrating our town as "horse capital of Orange County," he was eager to get filming. He thought it would be fun if he and I opened the show on horseback and then rode off as the show continued.
It is common for horses to fill their bellies with air as one is cinching up the saddle. Dancer, the mare I was going to be on, had done that; she'd puffed herself up. The camera lady was adjusting her equipment as my friend Christine and I brought the two horses up onto the back lawn from the barn where we had saddled them. My main concerns were that I get my lines right and that Eric would be safe sitting on Blaze.


Satisfied that Eric's saddle was secure on Blaze, I mounted Dancer. That was when the trouble happened. The saddle slipped and I crashed five feet down on my right elbow and landed on my back. I failed to re-cinch her girth after she expelled her belly full of air. 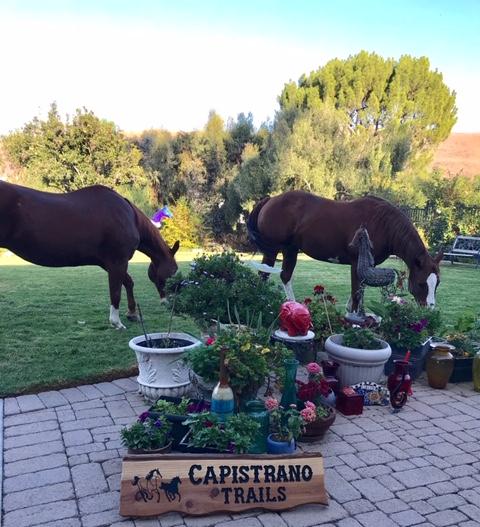 I knew immediately that I was injured as I could feel that the bone in my lower arm was loose! I managed to get up and stumble over to a patio chair. Alarmed, those around me considered our options. I suggested finishing the filming. Eric was clear that we would reschedule. Duh!! I asked for him to call 911 and in no time the wonderful medical team at Mission Hospital Emergency Department had my situation under control. Within two hours the dislocated elbow was reset and Ken brought me home with a cast.


The next day, my daughter-in-law Jenny came to check on me. I shared the whole story with her, emphasizing how much I was blaming myself for not more fully securing Dancer's girth; that I was beating myself up for making such a dumb mistake. In an effort to help me chill out she declared, "Donna, no one thinks you are perfect."


Those words were a wake-up call, because they revealed a serious unwritten, possibly unconscious assumption underlying the reason why I was giving myself so much grief; You were not perfect! Bad Donna! 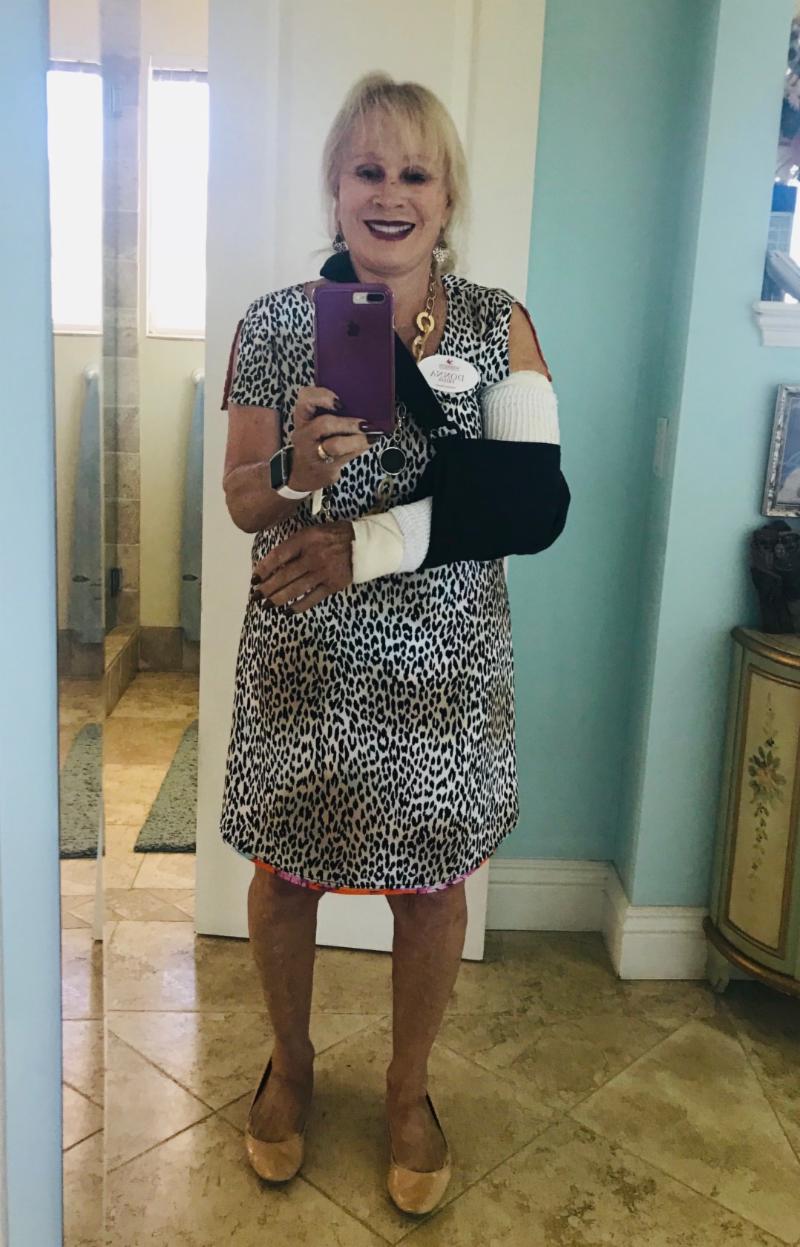 Through Jenny's statement, I came to understand how right she was. I was critical of myself for being distracted, for not being perfect...for being human. Maybe you have fallen into this trap yourself? Perhaps it's hard to get real and remember that we are only human, not super people.


I always loved Helen Reddy's "I am woman, hear me roar" song where she "brings home the bacon and fries it up in the pan." Superwoman is venerated, but truly she is not a superwoman, she's just a gal trying to do a lot, and sometimes she makes a mistake. I am going to write some Post Its and stick them around the house. They will say: "It is okay to be human!" "People make mistakes." "It's okay to make a mistake." And "Re-cinch the blasted saddle!"
Anyway that's my epiphany for the month. I will admit that looking up into the concerned faces of four handsome firemen and two strong paramedics wasn't the worst situation I have ever experienced!


I love to hear from you. What have you been doing to keep yourself in check from thinking you have to do it all and to do it perfectly?

P.S. Eric Bergstrom will reshoot the scene and it will air in January, 2019. It is So Cal Safari, a Southern California Television Production.
tagPlaceholderTags: